The whoa-man was up, later than usual, the other night and noticed the motion sensor security light at the coop was on. Looking closer she saw them. Not one. Not 2. But, 3 raccoons. Good thing the coop is safe and secure. I'll have to make sure to be diligent and lock up every night. Such a pain. But, a necessary pain. I've already learned that lesson too well, in the past.

With the old woman, next door passing on, perhaps someone will purchase her house and clean the pigpen up; removing the wildlife from our midst.

The only good thing having raccoons visit is, they clean up the left-over maters and food scraps the chickens don't/won't eat. Risky but, there it is. Strange they never touched the garden this year. (now that I've said it, watch my cantaloupes disappear.)

I have yet to see them but, have noticed the security light come on. The garden blocks a lot of the area. With winter coming on there will be some clear paths out that way so, I can see.
Posted by Mike at 8:49 AM 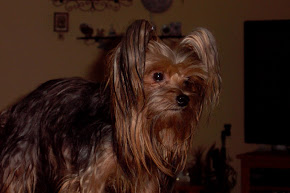